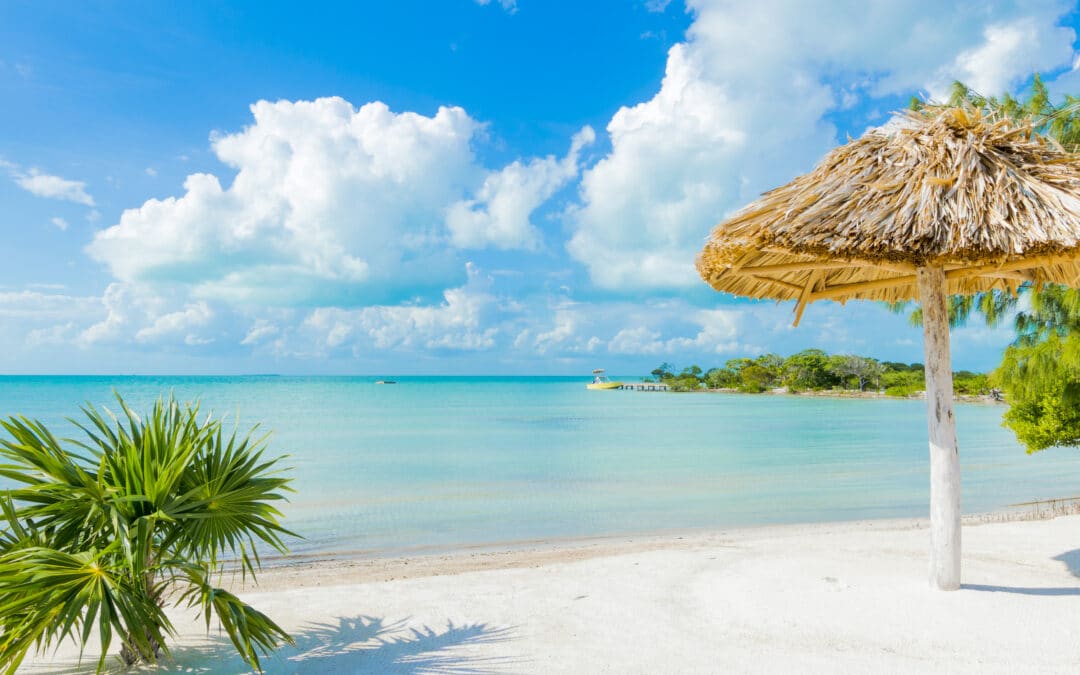 Summer is just around the corner! What a better way to celebrate than a quick stint on Ambergris Caye, Belize?

As any local will tell you, there is never a bad time to visit Belize. Central America’s newest country is rich in geography from jungle waterfalls to sandy offshore cayes, and it enjoys a quintessentially tropical climate year round. Though if there DID exist an ideal time to visit this bona fide Caribbean oasis, June just might be it! Read on to discover the wonders of June in Belize.

To inquire about hotel rates visit Mahogany Bay Resort and Beach Club, Curio Collection by Hilton, or give us a call at 011-501-226-4817.

HERE ARE OUR TOP 7 REASONS TO VISIT BELIZE IN JUNE!

1. VALUE SEASON — Each year, Easter marks the official end of high season, meaning that better airfare and lower average daily rates on hotel and transportation become available to travelers. Here’s a recent Forbes article that gives tips on finding the best flight deals. Our suggestion? Track Google Flights, Kayak, AND Southwest for your desired itinerary for AT LEAST 14 days before jumping on the lowest fares! Remember, there is only one international airport in Belize, and its code is BZE.

Southwest Airlines’ routes between Belize City and major US cities.

2. LOBSTERFEST — Any lobster lover’s DREAM COME TRUE. Lobster fishing season officially reopens each year on June 15th and culinary festivities erupt all over the country, especially in lobster-rich San Pedro and Caye Caulker! San Pedro’s Lobsterfest 2018 will occur June 15th – 23rd with the final block party happening on Saturday, June 23rd. For the block party, there will be booths set up by local restaurants in the town center competing with one another for several categories of recognition. Imagine lobster rolls, lobster curry, lobster ceviche, lobster gazpacho, even lobster ice cream! Also look forward to local music and dance festivities, including a steel drum band and other performances taking place throughout Lobsterfest week. See our blog from Lobsterfest 2017 for a few photos!

Fresh lobsters on the grill.

3. BELIZE IN BLOOM — Late spring is hands down the most colorful time of the year in Belize. Fruit stalls on Belize’s mainland and cayes burst with color as a handful of exotic tropical fruits return after a seasonal hiatus, including 20 different varieties of mangoes, as well as soursop, craboo, sea grapes, breadfruit, passion fruit, dragon fruit (pitahaya), and star fruit (carambola). And you know what this means — many of these fresh flavors pop up at the local ice cream parlors! In addition, the fiery orange and red flamboyant trees are in full bloom each June and area a sight to behold.

4. THE WEATHER aka “Rainy Season” — Around June, the weather starts to warm up with highs around 84° Fahrenheit, and sea temperature a very comfortable 82° — PERFECT boating weather! But isn’t it the start of rainy season, you ask? What rain does fall tends to be fierce but brief, often effectively cooling down the hottest part of the day and ending in a rainbow! (Not to mention providing a much-needed relief from the dust that appears in the dryest months!) The peak rainy month in Belize is not until October.

Rainbow over Mahogany Bay in June 2017.

5. BUTTERFLY MIGRATION — Each year beginning in June, as many as two million orange, yellow, and white butterflies (Sulfur species) migrate through Belize each DAY, on their way to find a plentiful food source and establish new colonies. These particular butterflies prefer wide open spaces and coastal areas, making Belize’s mainland as well as its cayes an ideal setting for thousands of miles of fluttering. It’s nothing short of MAGICAL!

6. AUTHENTIC BELIZE — Around June, San Pedro is still buzzing with life, but the ambiance is much more authentically Belize. The crowds have thinned out from high season and spring break, and the overall vibe is more relaxed. It’s the perfect time to get to know the Belize culture at its finest.

Local fishermen in Belize City show off their catch.

The infamously fast Ferris wheel of Dia de San Pedro on Ambergris Caye. (Photo was most definitely taken during a pause.)

UNCOVER A NEW LIFESTYLE — HAVE YOU EVER DREAMED OF ESTABLISHING A VACATION HOME FOR YOU AND YOUR FAMILY ON A WARM AND FRIENDLY ISLAND IN THE CARIBBEAN, PERHAPS EVEN EARNING INCOME WHILE YOU’RE AWAY? LET MAHOGANY BAY VILLAGE AND COASTAL LIVING SHOW YOU SOME VERY REAL OPTIONS ON AMBERGRIS CAYE FOR YOUR NEXT HOME OR LIFESTYLE INVESTMENT.