An optimal excursion for adventure seekers, this extensive ATM cave system in Belize is full of folklore, mystery, and skeletons! Where most ancient ruins in the world would be roped off and isolated from up close and personal discovery, the Actun Tunichil Muknal cave is a living museum that invites visitors in freely — if they dare. Think Indiana Jones meets archaeological expedition.

Use care around the numerous skeletal remains and artifacts that you will encounter throughout the cave. These relics serve as evidence of the relentless sacrificial ceremonies of the Maya, in fact, the ATM cave is believed to be one of the most important sites where these sacrifices took place over the time span of around 750 years. Many of these artifacts have been well-preserved thanks to the dark and cool cave climate. One of the most prominent sets of remains is of the Crystal Maiden, the skeleton of an 18-year-old girl, possibly a sacrifice victim, who lies forever crystallized to the cave floor. You will also see areas of the cave that the Maya have modified as altars for offerings, or to form silhouettes of faces or animals. There are several pottery remains that are significant because they were marked with “kill holes” indicating that they were once filled with blood used for sacrifices. Wildlife inside the cave includes bats, crayfish, catfish, crabs, spiders, and the occasional four-legged agouti, among other rainforest visitors.

This underground hike can pose a bit of a challenge for some, but the path isn’t overly steep or strenuous for most. You will be doing a bit of hiking, climbing, scooting & shimmying, maneuvering through jagged outcrops and a few tight spaces, wading through underground rivers, and swimming in a few parts, both inside and outside of the cave. Don’t worry, your tour guide will provide lots of assistance and give instructions through the challenging spots! The outdoor hike to and from the cave entrance is 45 minutes each way, and plan to spend around two hours actually inside the cave. Please note that cameras are no longer allowed inside the ATM cave, you will need to leave these items locked inside your tour van with anything you don’t want to get wet. This excursion gives visitors the adventure of a lifetime and is highly recommended for a memorable day on mainland Belize. 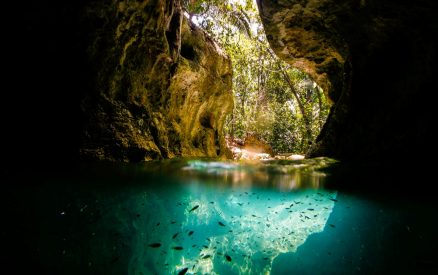 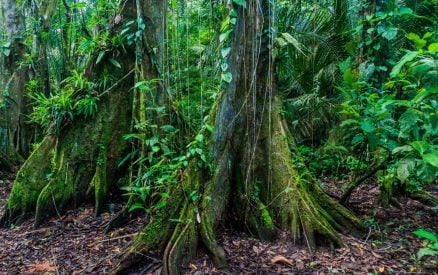 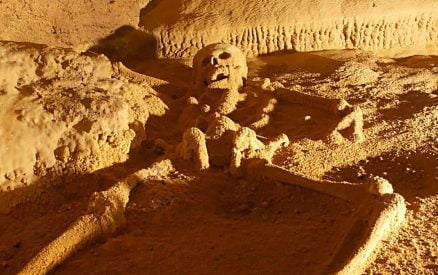 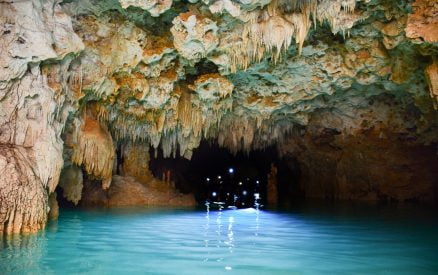