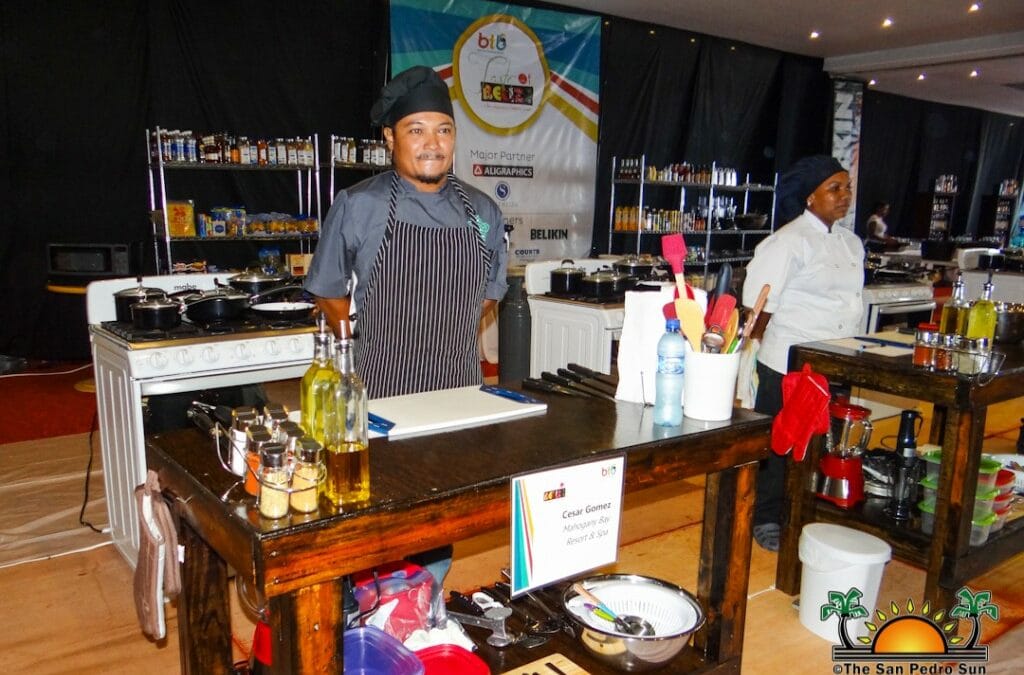 What do you get when you present Mahogany Bay Resort’s Cesar Gomez with a basket of seaweed, some stinky bukut pods, bitter tamarind, fresh starfruit and a pinch of mint? A WINNER!

The competition is held to recognize talent and incite culinary passion and creativity in Belize. Every two years, the country’s best chefs, bakers, and bartenders converge for Taste of Belize, a celebration of the culinary art scene. The event hosts competitions in four categories — Master Chef, Junior Chef, Pastry Chef and Bartender — in which hopeful candidates are presented with surprise ingredients to come up with a dish or a cocktail on the spot to entice the judges and advance to the finals.

Cesar was one of 20 chefs competing for the coveted title of Master Chef. In the first round, the chefs were presented with three mandatory ingredients in a dish of their choice: snapper, cassava, and yellow ginger (turmeric). Cesar’s dish was one of the seven chosen to advance, where they were then given lobster tails, ground pork, and beets for round two. Cesar created a Creole pub style stuffed lobster tail with a coconut base, complemented by potato pork patties with a side of beets topped with roasted coconut carpaccio. After securing a spot in the top four came the biggest challenge of all, the dessert round where they were provided with seaweed, bukut, tambran, starfruit, and mint. OH MY! Cesar’s winning dessert showcased out-of-the-box-innovation to say the least: star fruit compote-filled cannoli medallions with a seaweed tambran coulis, and bukut / anise hard caramel. Perhaps Cesar will put this dessert on special at Mahogany Bay as a throwback to his second place win! 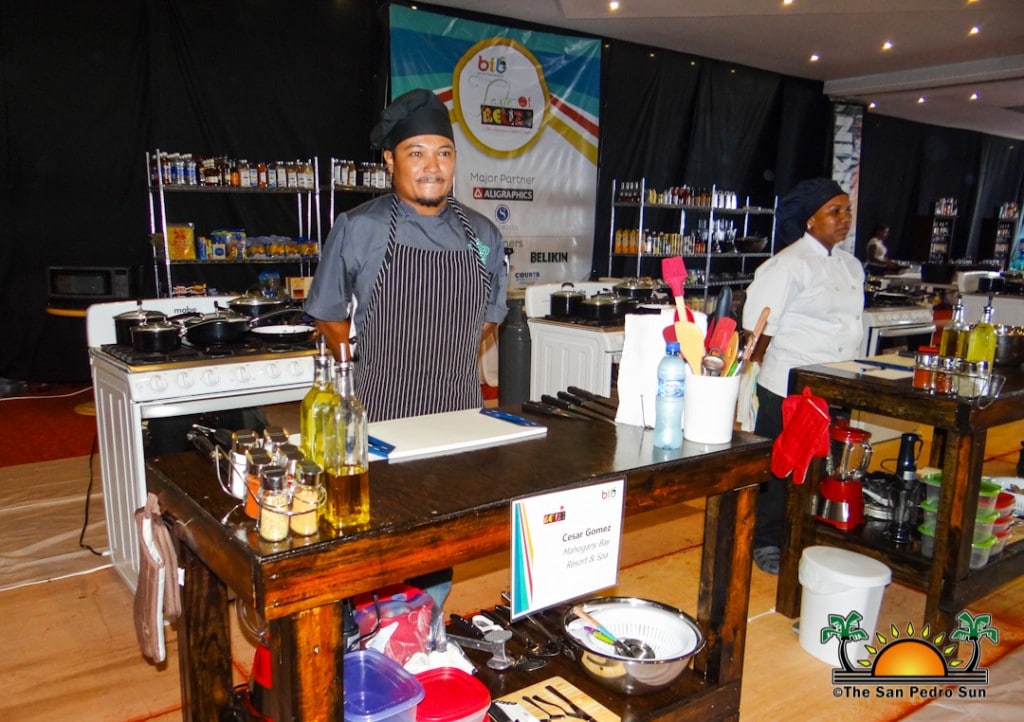 Cesar is one of the newer additions to the kitchen at Mahogany Bay Resort and Beach Club, but he has been cooking professionally for 18 years. Born in Nicaragua, Cesar moved to Belize City at the age of 10 where he began his career in 2000 working as a dishwasher in the kitchen of the Ramada Princess Hotel and Casino. Within three months, he was promoted twice from prep cook and then to team leader. From there, Cesar held a position at Robert’s Grove in Placencia for three years and then moved on to spend some time learning Garifuna cuisine at Jaguar Reef Lodge in Hopkins, Belize.

The Garifuna are an indigenous mixed-race people of West African, Central African, Island Carib, European, and Arawak descent, who have a strong presence in pockets along coastal Belize. Cesar says he admires how protective the Garifuna are of their culture, staying true to their language, dance, and native cuisine. Interesting fact: in 2001 UNESCO proclaimed the language, dance, and music of the Garifuna as a Masterpiece of the Oral and Intangible Heritage of Humanity in Nicaragua, Honduras, and Belize. There in Hopkins, Cesar learned to make such popular Garifuna dishes as:

We caught up with Cesar in the kitchen before the dinner rush one Sunday to ask a few questions:

Q. What is your favorite food to eat?

A. Fried chicken! It’s fun to make and good to eat. When I am outside of work, I prefer to go back to basics.

Q. What makes Mahogany Bay Resort’s kitchen unique from others you’ve worked in across Belize?

A. The standards are much stricter due to our branding as a Hilton property. It’s more high end, there is more of a concern for quality. We keep a tight ship. Everything is tidy and clean, everything must always be labeled and dated. At some other places I’ve seen, the staff will complain that it’s too much work, but we have the resources here. The vacuum sealer makes it easy. Overall there is just an importance placed on hygiene and we have the support team and system that makes things run smoother.

Q. What advice would you give to make anybody a better chef?

A. Stop focusing on passion and love of cooking and respect the method. Understand the origins of your dish, that will give you room to mix your ingredients to better complement one another.

Q. What makes it fun working in the kitchen at Mahogany Bay?

A. One of my dishwashers here, we call him Evel Knievel. Suddenly, he just runs. It’s like a white streak you will see fly by. This is dangerous in the kitchen so I’ll holler, stop! He will stop, then you tell him to continue, and he will continue at a walk. His name is Henry, and when Henry is working, you’ve got to watch out!

We asked Cesar to provide a recipe of his choice and do a little demo for us. Here’s what he came up with:

2 pc. zucchini cut in 1” thick rounds, take a small scoop out of the middle of each to make a “cup”

Directions: in a small frying pan sautée dragon fruit and hibiscus with coconut oil for 1 min, add orange juice, ginger reduce for 4 mins, add cilantro and vinegar, simmer for another 2 mins, add brown sugar and reduce for 4 mins, season with salt/ pepper then blend until smooth. Cool and keep chilled.

Cesar in the kitchen at Mahogany Bay Resort.