Queen Elizabeth is one of the most recognized figures in the world. Her recent passing on September 8th marked the end of a remarkable period in world history. Like many countries and territories, Belize was once a British colony. Queen Elizabeth served as an important figurehead during this time, and her importance in Belize’s identity remained strong, even after Belize gained independence in 1981. Let’s explore the role The Queen played and her influence on the culture in Belize! Explore the local culture here in Ambergris Caye, and discover why Belize is a paradise like no other! Our Vacation Guide covers all of the top activities in our area! Now let’s take a look at The Queen and Belize! 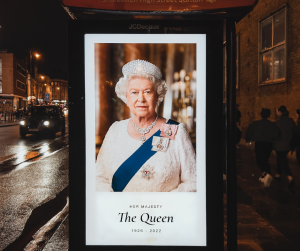 Upon The Queen’s coronation in 1952, she became the head of state in Belize and began her 70-year relationship with the country. For the first 29 years of her reign, Belize was a British colony working towards independence. The Queen was instrumental in creating a constitutional monarchy and leading the country towards self-governance.

During her reign, The Queen was devoted to service and helping the country navigate the significant social changes happening throughout the 20th century. After gaining complete independence in 1981, Belize faced a dispute with Guatemala over territory. British troops remained in the country to deter any possible invasions. The Queen was committed to helping the country gain independence and providing protection for the people.

The Queen visited Belize twice during her reign. The first visit was in October 1985, and the second was in February 1994. During her 1994 visit, The Queen addressed Parliament at the National Assembly in Belmopan. In her address, The Queen spoke of the strength of democracy and how Belize, although a young democracy, was strong. After the address, The Queen and the Duke of Edinburgh toured the country and made several stops. During these visits, The Queen attended a luncheon, and met with locals in each town.

Even after gaining independence, Belize remains part of the Commonwealth realm. The government of the country and the people will hold their British history close and even have their currency reflect the British influence. The Queen’s portrait has been featured on bills for many years. Since The Queen’s passing, the Belizean government has stated that the currency’s value won’t be affected. However, there will most likely be a change from Queen Elizabeth’s portrait of King Charles III in the future. These changes will take time, and Queen Elizabeth will remain on the face of bills for now. 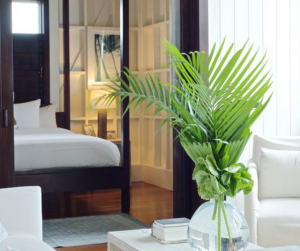 Belize is a country defined by the influence of many cultures. Queen Elizabeth played an essential role in leading the country to independence and protecting the rights of the people. Despite years of independence, Belize still carries many pieces of its British history in everyday life. Visitors will note many of the British influences in the country. In Ambergris Caye, there is plenty to explore. Beaches, towns, shops, restaurants, and much more! You’ll see the influences right in front of you!